The Interesting History of Dentures 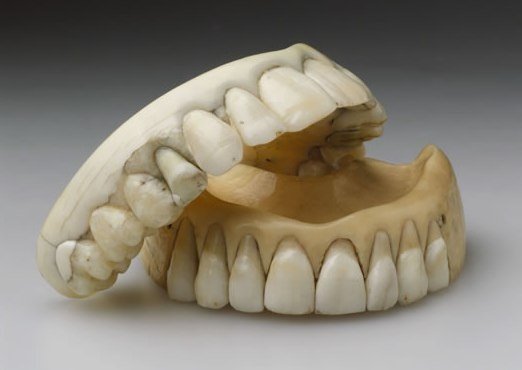 Dentures have been around for as long as dentistry has been a renowned profession, and it is commonly believed that the concept only came about once tooth decay became frequent in 1800s.

This is a misconception, and you will be convinced why because this article will explore the history of dentures and how you arrive at the perfect set of replacement teeth for yourself today.

Evidence has suggested that the creation of dentures dates back to 700 BC when hunters used the teeth of animals to carve them into dentures. From a medical point of view, however, the first advancement was made in Japan when in 1770 the first set of implantable dentures was created.

It was not until 50 years after that achievement when medical practices allowed people to experiment with the teeth and arrive at a result of a new set of teeth for the affected. These dentures were, again, made from original animal material such as the teeth of elephants, and the imprecise technology of that time disallowed it from being perfected.

After the industrial revolution hit and the consumption of sweets and tobacco products skyrocketed, the need for professionals who could deal with the unbearable toothache was felt, and that is when after 1850s medical researchers started finding alternatives in the form of wood and metals.

Materials like porcelain became famous to make dentures and carvers, despite of the relative primitiveness of the time, were able to create dentures which could be used for people. The basic steps of carving which dental students practice today are the same which were followed in those times to make the perfect manual dentures.

In the peak of the dental advancement period, researchers were able to get their hands on the rubber called vulcanite, which was a perfect match for a metal base as far as creating dentures was concerned. Because of the reliance on absolutely natural material required to produce them, dentures were only available to the elite class people, but that changed quite soon after the founding of vulcanite.

People who keep their dentures in cleaning solution at the end of each night will sometimes wonder how this magnificent convenience came into being. Today, dentures are created using a number of measurements in the mouth of the patients and 2-3 attempts of creating the perfect set of dentures so that the one that fits best can be used.

Despite of the advancement this field has gone through it will be unwise to say that people who get dentures can simply start feeling anew right after getting them; the process of getting used to this new feeling in your mouth can be quite difficult to comprehend. This is a reason why dental implants are gaining more attention relative to dentures.

If they have been crafted using bacterially tested materials like vulcanite and are cared for according to the prescription of the dentist you got them through, you can expect them to work like a charm!